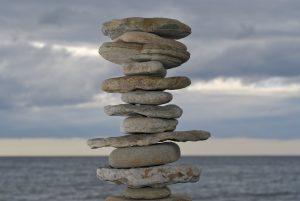 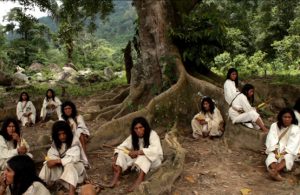 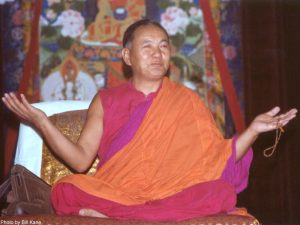 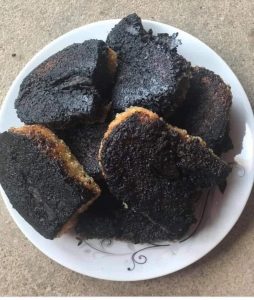 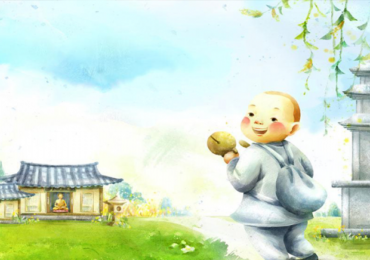 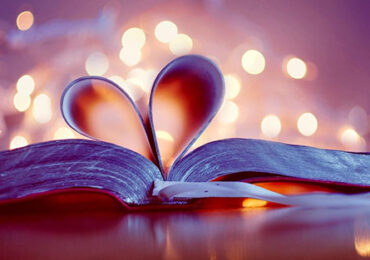 Essentials of Cultivating the Mind 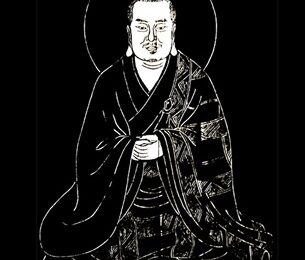 The essence of cultivating the Way is to discern that one’s own body-mind awareness is inherently pure, not subject to birth or death, and without division. Perfect and complete in its self-nature, present awareness is the fundamental teacher. Focusing on it exclusively is superior to reflecting on the awakened ones of the ten directions.

How do you know that one’s own awareness is inherently pure?…To use the bright sun as a metaphor: even if the clouds and mists of the world were to arise together in all directions so that the world became dark, still, how could the sun ever be extinguished?… The sun’s light is not destroyed, but merely deflected by the clouds and mists. The pure mind possessed by all sentient beings is like this – simply covered by the layered clouds of discriminative thinking, false ideas, and ascriptive views. If you just distinctly maintain awareness of present clear mind and don’t manufacture false thoughts, then the reality-sun of nirvana will be naturally manifested. That is how you can experience that your own mind is inherently pure.

How do you know that one’s own awareness is inherently not subject to birth and death? The Vimalakirti Sutra says: “Suchness is without birth, suchness is without death.” The term “suchness” refers to the nature of awakened presence, the mind which is the source of all phenomena… Suchness is fundamentally, originally existent, not conditionally produced. The sutra also says, “ordinary beings all embody suchness; sages and wise ones also embody suchness.” Although the names and characteristics of ordinary and awakened beings are different, the essential reality of suchness embodied in each is identical and is not subject to birth or death… This is how it is realized that one’s own mind is inherently not subject to birth and death.

Why is the mind the fundamental teacher? The true mind exists of itself and does not come from outside. As a teacher, it does not even require any tuition fee!… If you discern the “suchness” of the mind and maintain awareness of it, you reach the shore of nirvana… By clearly maintaining awareness of the mind, the false mind (of attachment to ideas) is not activated and you reach the birthless. Therefore we understand that the mind is the fundamental teacher.

Why is focusing on your own mind superior to reflecting on the awakened ones of the ten directions? You cannot transcend birth and death by constantly imagining awakened beings divorced from yourself, but you reach the shore of nirvana by maintaining awareness of your own fundamental mind. The Buddha says in the Diamond Sutra, “Anyone who views me in terms of form and seeks me by sound is practicing a mistaken path and is unable to see the one who is ‘thus-come.’” Therefore we realize that maintaining awareness of (your own) true mind is superior to reflecting on awakened ones divorced from oneself. (But this word “superior” is only used for encouragement in the context of practice – In reality, the essence of the ultimate fruit of awakening is harmoniously inclusive and without opposing dualities)… If you can maintain awareness of the true mind without generating false thoughts or the illusion of personal possession, then you will automatically be equal to the Awakened Ones.

The nature of true presence is the core of both ordinary beings and awakened ones just the same. Why, then, are awakened ones liberated, while ordinary beings are deluded? At this point we enter the inconceivable which cannot be understood by the ordinary mind. You awaken by discerning the true mind, you become deluded by losing awareness of this true nature. If the conditions (for awakening) come together, then they come together – it cannot be definitively explained. Simply commit to your conviction of the ultimate truth, and maintain awareness of your own true mind. Do this constantly with focused energy, without fabricating false thoughts or the illusion of personal possession. Awakening then manifests of itself.

If you ask a lot of questions, the number of conceptual terms will simply become greater and greater. If you want to understand the essential point of the Awakened Way – then know that maintaining awareness of mind is the fundamental basis of nirvana, the essential gateway for entering the path, the basic principle of all the scriptures, and the teacher of all the awakened ones of the past, present, and future…

The essence of what is called nirvana is serene dissolution… When one’s mind focuses on the true, false thoughts dissolve. When false thoughts cease, correct mindfulness arises, generating the wisdom of serene illumination, or the total comprehension of reality-nature, which is also called the experience of nirvana.

All concepts, and all affairs of past, present, and future, should be seen as dust on a mirror – when the dust is gone, true nature naturally becomes clearly visible. That which is learned by the deluded mind is completely useless. True learning is what is learned by the unconditioned mind, which never ceases perfect awareness. Although we can call this “true learning,” ultimately there is nothing to be learned. Why? Because “self “and “liberation” are both insubstantial, they are neither different nor the same. Thus, the essential principle of “nothing to be learned” is evident.

My only desire is that you discern this fundamental mind for yourself. Therefore, I employ you: Make effort! Make effort! All the myriad scriptures and treatises say nothing other than that maintaining the true mind is the essential way to awakening… Do not try to search outside of yourself – this only leads to the suffering of continued conventional patterns. Just maintain the same mind of awareness in every moment of thought, and in all phases of mental activity.

When you sit…you may experience all kinds of good and bad psychological states…when you perceive such things, concentrate the mind and do not become attached to them. They are all insubstantial manifestations of deluded thinking. A scripture says, “The triple realm is an empty apparition that is solely the creation of the individual mind.” Do not worry if you cannot achieve special concentration or do not experience the various states of meditative absorption – just constantly maintain clear awareness of the present mind in all your actions.

If you stop generating delusive ideas and the illusion of personal possession, the you will realize that all the myriad phenomena are nothing other than manifestations of your own mind. The awakened sages only preach with extensive and verbal teachings because the mental tendencies of sentient beings differ, and require a variety of responses. In actuality, the (present) mind is the basic subject of all the myriad teachings and philosophies.

Make effort and remain humble. It is rare to get a chance to hear this essential teaching. Of those that hear it, very few are able to practice it… With great care keep your self clam, moderate your sensory activity, and attentively view the mind that is the source of all phenomena. Allow it to shine distinctly and clearly at all times, without letting yourself fall into mental blankness.

What is mental blankness? People who practice special concentration exercises can inhibit the true mind by being dependent on particular sensory activities, dulled states of mind, or restricted breathing…Although they may practice constantly, they cannot experience true clarity; they cannot reveal the mind which is the source of all phenomena. This is called blankness.

One can have success with minimal exertion by merely donning tattered robes, eating simple food, and clearly maintaining awareness of the present mind. Deluded people of the world do not understand this truth and put themselves through great anguish in their ignorance. Hoping to achieve liberation, they cultivate a broad range of superficial practices to gain merit – only to fall into the inevitable discontent of habitual cyclic existence.

(So just) make your body and mind perfectly empty and peaceful, without any discriminative thinking at all. Sit properly with the body erect. Regulate the breath and concentrate the mind so it is not within you, not outside of you, and not in any location in between. Do this carefully but naturally. View your own consciousness tranquilly and attentively, so you can see how it is always moving, like flowing water or a glittering mirage. After you have perceived this consciousness, simply continue to observe it gently and naturally, without getting fixed anywhere inside or outside of yourself. Do this calmly and attentively until its fluctuations dissolve into peaceful stability. This flowing consciousness will disappear like a gust of wind. When this consciousness disappears, all illusions disappear along with it…one’s own mind becomes peacefully stable, and pure. I cannot describe it any further.

Anyone who can keep this mind in sight during all activities and in the face of the desires for forms, sounds, smells, tastes, and touch, and in the midst of the winds of success and failure, criticism and praise, honor and abuse, suffering and pleasure, has established a pure practice (brahmacarya), and will never again be born into the realm of birth and death.
My disciples have recorded this treatise from my oral teachings so that readers might intuitively resonate with the words and perceive the meaning behind them… I want everyone to discern their fundamental mind and experience awakening at once.

The basic principle of this teaching is the the manifestation of the one vehicle. It’s ultimate intention is to lead the deluded to liberation, allowing them to become free from the realm of birth and death themselves, and to help others to cross over to the other shore of nirvana. But this treatise only speaks of the benefit to oneself, it does not elaborate on how to benefit others. It should be understood as a gate of direct practice. Anyone who practices according to these instructions will realize awakening immediately.

From the Xiu Xin Yao Lun (c.700) written by members of the “East Mountain School” (Hongren’s students) as a summary of Master Hongren’s teaching. Based on a translation by John R. McRae.

A monk asked Master Hongren, “Why don’t we study the way of awakening in cities where there are many people, instead of at places deep in the mountains?”
Hongren answered, “The timbers needed to make a great building originally came from secluded mountain valleys. They can’t be grown where many people are congregated. Since they are far from crowds of people, they can’t be chopped down or harmed by axes, and are able to grow into great trees, which later can be used to make central beams and pillars. So in studying the teaching, one should find refuge for the spirit in remote mountain valleys, escaping far from the troubles of the dusty world. People should nourish their nature in deep mountains, keeping away from worldly affairs for a long time. When not always confronting common affairs the mind will naturally become at ease. Studying Zen in this way is like planting a tree, with the result that later it can bear fruit.”
During this era the great teacher Hongren only sat peacefully in an upright position and did not compile writings. He taught Zen orally to his personal disciples, quietly passing on the teaching to many others.

From The Record of the Lankavatara Masters (Lengqie Shizi Ji, before 750), based on a translation by Andy Ferguson.

Upon Master 大毉道信 Dayi Daoxin‘s (580-651) death, he was succeeded by his most important disciple, Daman Hongren, a native of the region who had been with Daoxin from the beginning.  Master Hongren continued Daoxin’s work of establishing a monastic community focused exclusively on the study and practice of Zen.  As the reputation of the master and community spread, the population greatly increased and Hongren started another center nine miles east at Fengmaoshan, which also came to be known as “East Mountain” (Dongshan).  His  community was known as the “East Mountain School” and out of this group came many prominent masters who spread the Zen movement throughout China including Masters Shenxiu, Hui’an, and Huineng.